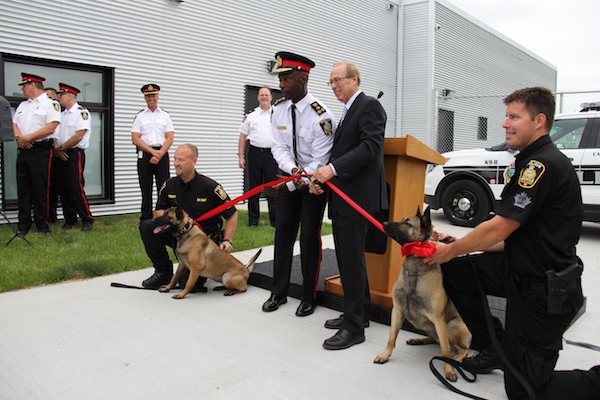 A state-of-the-art Winnipeg police K9 facility that will house 26 dogs adjacent to the East District police station is now operational.

Friday marked the official opening of the 4,500-square-foot kennel, which began construction just over a year ago.

Eleven air-conditioned indoor kennels and attached dog runs make up the kennel, as well as a large community classroom and common area for public demonstrations and office space for the officers in the unit.

“With the opening of this new facility, the police service, the city, and its citizens have enhanced their support of the canine unit. Our dog breeding program, supported by the whelping rooms in this new facility, will help ensure even greater success in the future for the Winnipeg Police Service canine unit,” police Chief Devon Clunis said.

There are 12 canine teams in the WPS, made up of 12 uniform officers and 23 canines who rotate 24 hours a day, seven days a week.