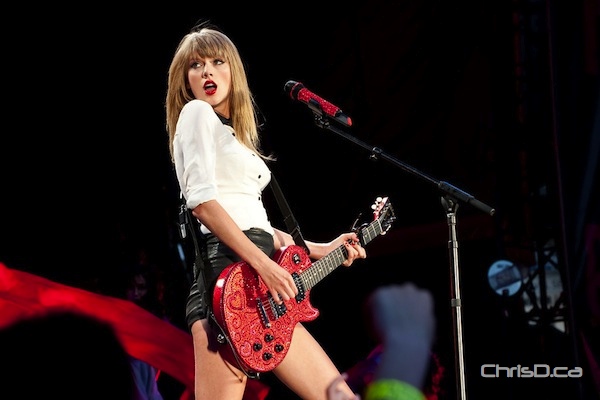 The 23-year-old American pop star belted out hit songs from her latest album, as well as some past hits, as 33,000 fans packed the stadium for the “RED Tour.”

The roughly two-hour show had screaming fans on their feet as Swift delivered a commanding performance. Social media comments throughout the night referred to Swift as “cute”, as she donned a white blouse and high-waisted black leather shorts to complement her songs with high-energy choreography on the stage.

English singer Ed Sheeran opened up the show, while Joel Crouse and Austin Mahone also warmed up the crowd before Swift came on at around 8:30 p.m.