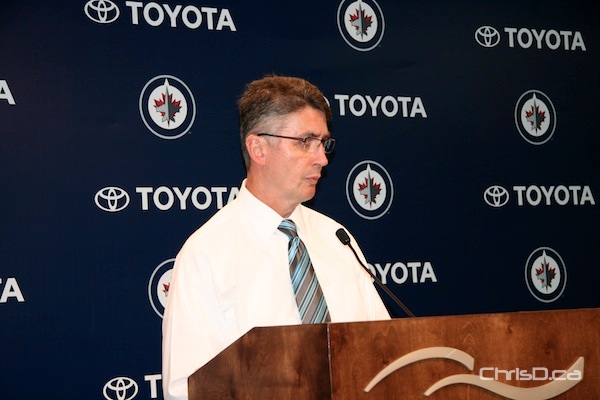 The Winnipeg Jets have shown a sign of confidence in head coach Claude Noel by extending his contract for one more year.

Jets general manager Kevin Cheveldayoff made the brief announcement during a rare news conference at MTS Centre on Monday.

Entering his third season as head coach of the Jets, Noel has earned a 24-21-0-3 record this past season, improving to a 0.531 winning percentage.

Before taking the reigns of Winnipeg’s NHL franchise, Noel was head coach of the former Manitoba Moose in 2010, and assistant coach with the Columbus Blue Jackets for three seasons before that.

Noel, 57, is currently travelling to the NHL Entry Draft in Newark, New Jersey to arrive in time for Sunday.