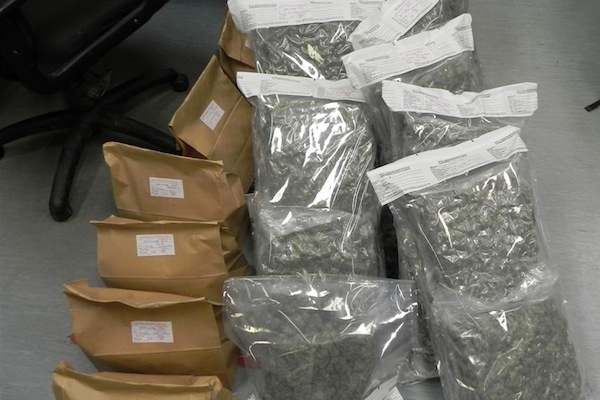 A quantity of marijuana seized during a traffic stop on Highway 6, Friday, June 21, 2013. (RCMP HANDOUT)

A traffic stop on Highway 6 Friday afternoon led to the seizure of 50 lbs. of marijuana.

RCMP were patrolling the highway about 14 kilometres north of Pisew Falls when a vehicle passed an unmarked police car at a high rate of speed.

The driver was pulled over and an odour of marijuana became evident to the officer. Police seized 50 lbs. of marijuana and $1,750 in cash from the vehicle.

Dawn Perzylo, 53, of Thompson has been charged and remains in custody pending a court appearance in Thompson on Tuesday.

RCMP believe the drugs were destined for Thompson for the purpose of trafficking.