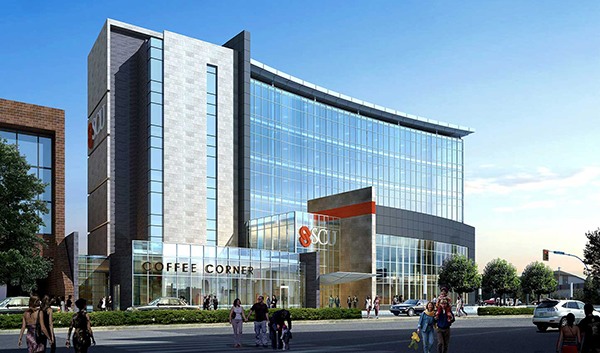 The sod-turning for the six-storey, 95,000-square-foot building was held at the corner of Main Street in Lumber Avenue, where the credit union will consolidate its six satellite office locations once open.

“It has long been the board’s vision to reunite our branch and corporate head office functions into one location, and to remain in the heart of Steinbach,” said Ted Falk, SCU board president. “We’ll soon have our 265 Steinbach-based staff together under one roof to more efficiently serve the 38,600 members who call this branch home.”

The $36 million building will include a drive-thru teller, ATM and night deposit repository. The focal point of the member hall will be a circular stairway to the second floor as well as a two-storey water feature. Construction is expected to begin this summer and take 18 to 22 months to complete.

SCU has more than 80,000 members across the province.