Home » Entertainment » Where to Celebrate Canada Day in Winnipeg

Where to Celebrate Canada Day in Winnipeg 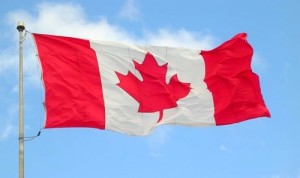 With the weather shaping up to be superb for the long weekend, Canada’s 146th birthday will be celebrated under sunny skies at several events taking place city-wide.

A special edition of south Winnipeg’s favourite summertime market will be held July 1 beginning at 4 p.m. and running until dusk. Musical artists will perform and Canada Day cake will be served to visitors. Archangel Fireworks will light up the sky once the sun sets. Parking and admission is free. From noon to 3 p.m., a community picnic will be held at the St. Norbert Community Centre (just north of the market).

The traditional hotspot and hub for July 1, events are planned for throughout the day beginning with entertainment at 1 p.m. on the Rail Bridge Stage. The Scotiabank Stage will come alive at 4 p.m. Ca Claque and a lineup of other performers, including Sweet Alibi, Imaginary Cities, Winnipeg Symphony Orchestra and others. Fireworks will cap off the night at 11 p.m., weather permitting. See full details.

With a focus on the park’s Lyric Theatre, this large outdoor event is one of the busiest in the city. Festivities begin at 1 p.m. with fireworks planned for 10:40 p.m. Singer Victoria Duffield will perform, as will Winnipeg’s Fabuki Daiko. The Winnipeg Police Pipe Band, RCAF Band — Jet Stream, Leanne Pearson, Paddy Whacked, Eagle & Hawk, and Jukebox Heroes will keep revellers on their feet the rest of the day. Nearby park and ride locations are offered at the Canadian Mennonite University and Asper Jewish Community Campus. Admission is free.

One of the earlier Canada Day celebrations, the fun will begin Sunday, June 30 from 6 p.m. to 11 p.m.. Four blocks of the Village will be closed to traffic to make room for street vendors, musicians, and four stages of entertainment. On July 1, Osborne’s party will run from 11 a.m. to 11 p.m. Local rappers The Lytics will perform, while Al Simmons will bring something more catered towards children. Earlier this week, the federal government provided $12,525 in funding to keep the Canada Day street festival going.

Want to be part of a giant photograph to mark Canada’s birthday? Head down to the Manitoba legislature to help make up the country’s largest living flag. The Downtown Winnipeg BIZ is organizing the annual event beginning at 9:30 a.m.