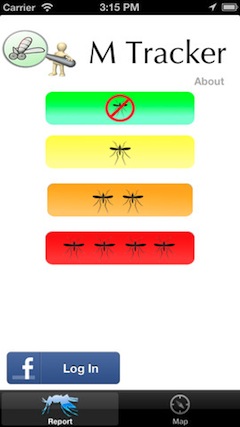 A team of students and engineers from the University of Manitoba are helping track the worst areas in Winnipeg for mosquitoes with the help of a new smartphone app.

“M Tracker” allows users to report how bad mosquitoes are in their specific neighbourhood and generate a map of Winnipeg from the results.

“We originally had been using software to generate contact patterns to model the spread of flu and flu-like symptoms in hospitals several years ago, and realized the same technology could be used to track mosquitoes,” said Bob McLeod of the Faculty of Engineering.

His computer engineering students Chen Liu and Rory Jacob designed the app, which went live a few weeks ago.

And what are the problem areas of the city for the pesky skeeters? According to the app, the hotspots are Waverley West, Sage Creek and Fort Garry.

The app is free to download for Apple iOS devices (iTunes) and Android phones.