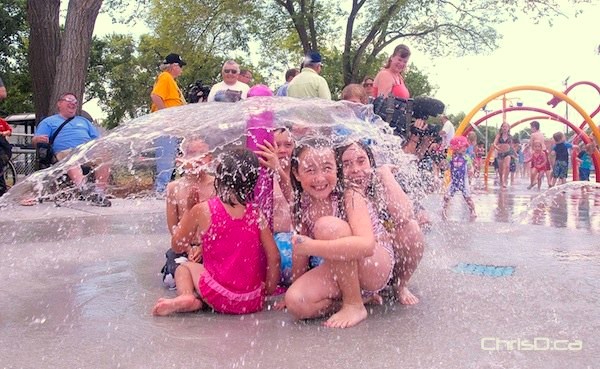 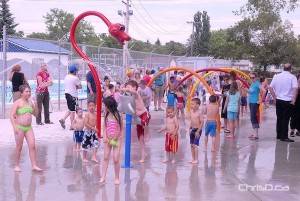 The first phase of the Transcona Aquatic Park was opened on Friday. (STAN MILOSEVIC / CHRISD.CA)

Children in Transcona have a new way to cool off this long weekend.

The city opened the first phase of an Transcona Aquatic Park on Friday, featuring an $800,000 splash pad with multiple spray features, a family picnic area and landscaping.

The splash pad is located at Kildare Avenue and Wabasha Street, and is the first stage in what will soon become the first outdoor water facility of its kind in Winnipeg.

Once complete, the park will feature a new pool with a beach entry, waterslides, diving boards, a lazy river feature, sundeck, picnic area and event space with site landscaping. There will also be upgrades and improvement to the existing pool including change rooms, windows and mechanical upgrades.

The second phase is being funded in part through the decommissioning of Roland Michener Arena and associated lands. The entire project is expected to be completed by 2015. 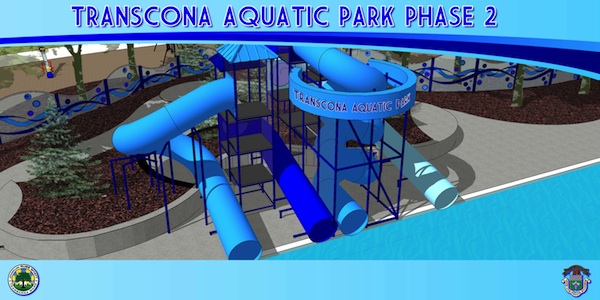 An artist’s rendering of the future second phase of the Transcona Aquatic Park. (CITY OF WINNIPEG)