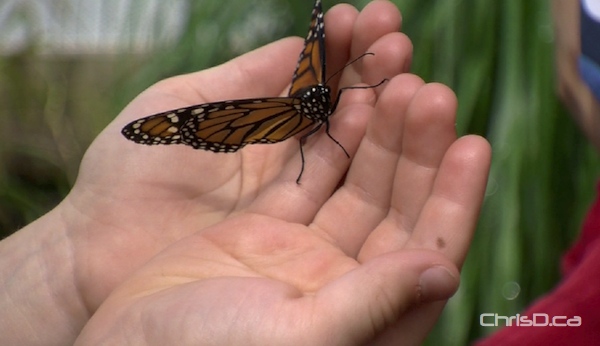 A butterfly is released at the Assiniboine Park Zoo. (CHRISD.CA FILE)

The Assiniboine Park has received $418,000 towards the creation of a butterfly garden within its planned new conservatory.

The donation comes from the Friends of Gardens Manitoba, which will see the funds be used in the park’s $200 million redevelopment plans. The donation announcement was made this week as a part of the Friends’ 25th anniversary celebrations.

The conservatory won’t be the only place visitors to the park will be able to see butterflies. The Assiniboine Park Zoo is home to the Shirley Richardson Butterfly Garden, which opened in June 2011. Recently, students from Arborg School released more than 250 monarch and painted lady butterflies.