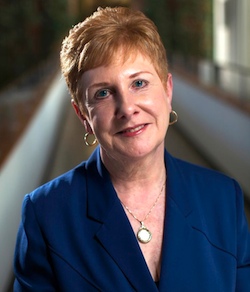 The Canadian Museum for Human Rights has named Gail Stephens as their new chief operating officer.

The appointment was announced this week by Museum president and CEO Stuart Murray, who said Stephens brings a wealth of management experience, with an impressive track record running two of Canada’s capital cities.

Stephens will begin her new role at the CMHR in August, relocating from Victoria where she has held the position of city manager since 2009. From 1998 until 2003, she was the City of Winnipeg’s first chief administrative officer.

“I am thrilled to return to Winnipeg and contribute to a project with such amazing potential for the city and for the advancement of human rights education,” Stephens said. “It is exciting to become part of this unique and inspiring museum, which I believe will be a beacon for visitors from around the world.”