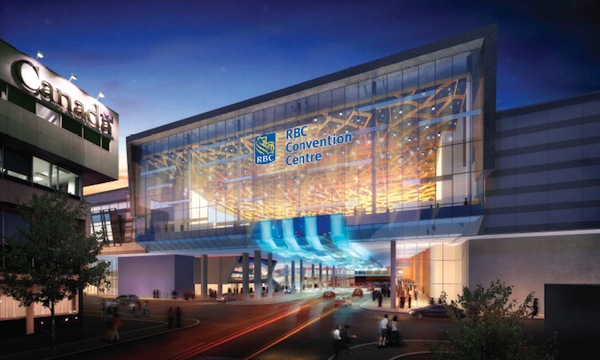 The Winnipeg Convention Centre has a new naming rights holder through a partnership with the Royal Bank.

The RBC Convention Centre Winnipeg — as it will be known January 1, 2016 — is a 10-year agreement for the expanded $180 million facility.

“We are thrilled to have their name attached to our convention centre for years to come. RBC has played a significant role in the history of our country and having their support is monumental,” said Klaus Lahr, president and CEO of the Winnipeg Convention Centre.

The financial terms of the deal, along with how many other naming rights contenders bid, were not released.

Work on the expansion is already underway in a parking lot on York Avenue.