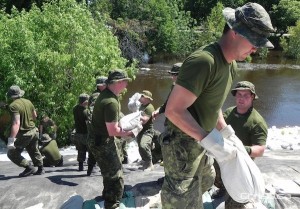 The last group of Shilo-based soldiers will depart for Afghanistan on Monday.

About 30 soldiers are departing from CFB Shilo as part of a rotation serving with Op Attention, the Canadian Forces mission based in Kabul focused on training and
mentoring the Afghan National Army.

Over the past month, around 350 soldiers from several military units based at Shilo have been deployed for the mission.

← Previous: Mosquito Fogging to Begin on Sunday Next: City to Spray for Elm Bark Beetles on Monday →
Tags: CFB Shilo