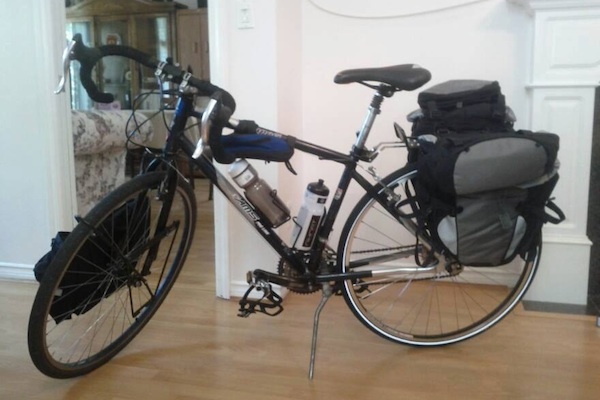 This touring bike was stolen in Winnipeg on Wednesday night. (WPS / HANDOUT)

A cyclist on a cross-Canada fundraiser ride had his bike stolen in Winnipeg Wednesday night.

Police are hoping the public can help in locating the touring bike, which has a dark blue frame with silver accents.

The bike was left unattended in the 800 block of Leila Avenue around 10:30 p.m. when it went missing.

“All my stuff is gone including all bank cards, mobile phone, camera, everything,” Anas Cheema wrote on his Facebook page.

Cheema began the ride June 14 in Victoria, BC and was to conclude in St. John’s, Newfoundland.

The bike has “Napoli” written on the frame and has two rear saddle bags (black/grey) and one mount on the front.