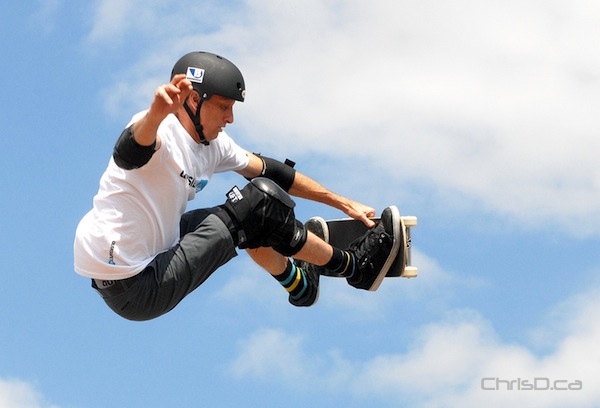 Pro skateboarding legend Tony Hawk proved he still has the moves on the half pipe to put on a high-flying show.

The 45-year-old was in Winnipeg on Monday as part of a promotional tour with Sport Chek and Quiksilver at Polo Park Shopping Centre.

Hundreds of fans lined up early to get a chance to see Hawk up close and get an autograph.

Hawk performed a similar demo in Calgary last weekend and will make his third and final stop in Toronto on Thursday to wrap up the tour.