Local Fashion Designer a Finalist in ‘Start Up’ Search 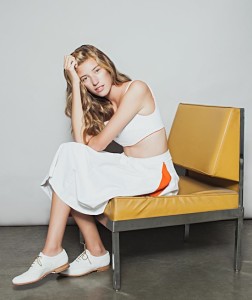 A Winnipeg fashion designer has emerged as a finalist in a nation-wide search for the next generation of industry talent.

Judges have been travelling the country over the last several weeks scouting fashion designers in Calgary, Winnipeg, Laval and Kitchener.

Only one of the seven aspiring designers will become the 2013 Awarded Designer.

“We have found incredibly talented up-and-coming Canadian designers for the 2013-2014 season of the Mercedes-Benz Start Up program. These designers will come together for a spectacular group runway show in October at World MasterCard Fashion Week in Toronto,” said Jarrad Clark, director of global production, IMG Fashion Events and Properties.

The national judges’ panel will reconvene at the end of the month to choose one additional designer for a wild card spot at the group runway show finale in the fall.