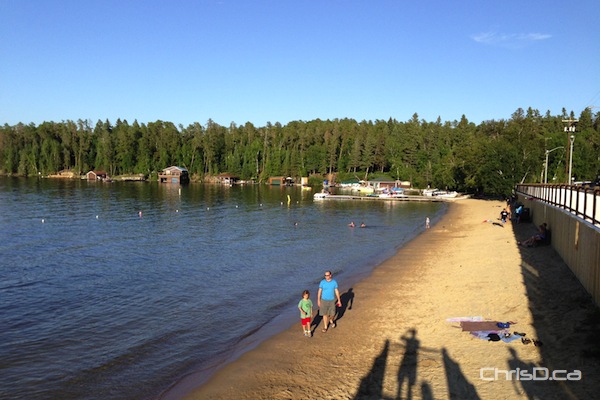 The Manitoba government is spending $16 million on 28 new projects in Whiteshell Provincial Park.

The largest investment in the park’s history was announced Friday by Conservation and Water Stewardship Minister Gord Mackintosh.

Improvements to West Hawk Lake will be completed this summer, and include more than one kilometre of repaved roadway, new parking for up to 300 cars and boat trailers, two new boat ramps to double launching capacity and ease traffic-flow, new decorative walkway lighting, more trees and benches, and large outdoor art installations inspired by the park’s natural history including a new etched beach wall.

“Our provincial parks are some of the most affordable and most visited in the country. They are the setting for some Manitoban’s most wonderful memories of good times with family and friends,” Mackintosh said of the 1.4 million visits the park sees each year.

Other projects around the Whiteshell include the refurbishment of boat launches at McDougal’s Landing, Dorothy and Star lakes, completed upgrades to West Hawk sewage lagoon, and the start of improvements to the Falcon Lake South Shore and Big Whiteshell South Shore roads.

Other planned upgrades for the park include: