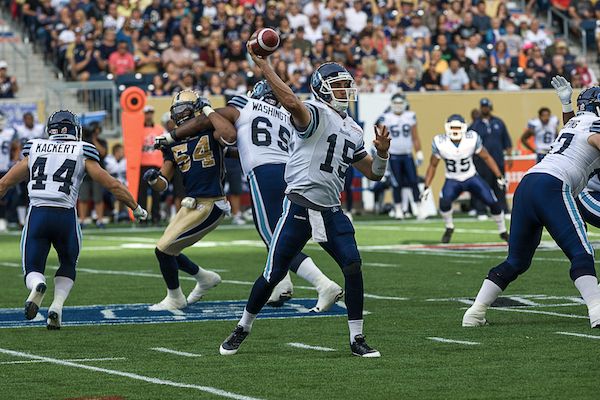 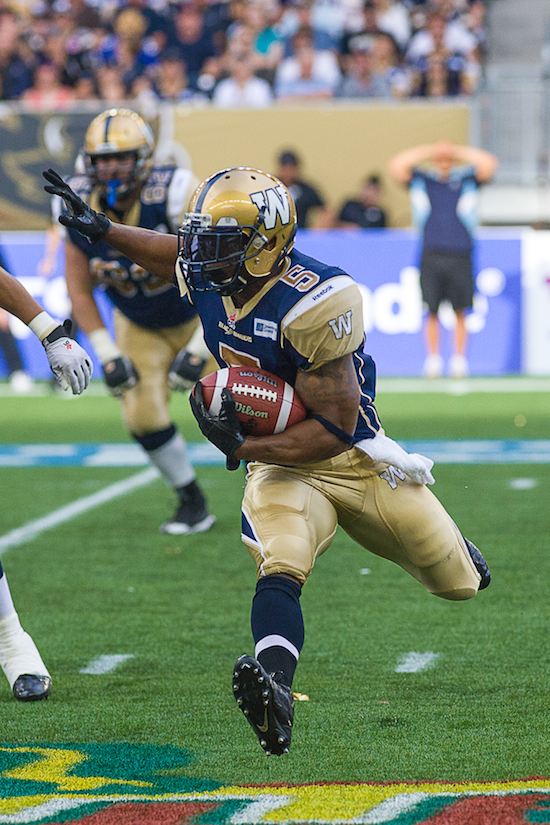 WINNIPEG — Sometimes things can go from bad to worse in a hurry, and Friday night was no exception for the 31,257 in attendance at Investors Group Field.

The Winnipeg Blue Bombers, still searching for their first win at the new stadium in Fort Garry, let quarterback Ricky Ray and the defending Grey Cup champion Toronto Argonauts roll to a 35-19 victory.

The bad; their 1-3 record on the season, became worse when Bombers quarterback Buck Pierce didn’t return for the second half — with his team already trailing 21-6 — due to an abdominal injury suffered mid-second quarter. The extent of the injury is still to be determined, but with the team continuing to flounder and the possibility of being without their No. 1 pivot, things are looking pretty bleak in Bomberville.

“Yes, Xs and Os and all that, that’s strategy-type stuff. At the end of the day, this is football. You play this game to win, and you figure out how to win on the field,” said an emotional Chad Simpson on the heels of his 10-carry, 50-yard outing where he added a touchdown in garbage time to make the game look closer than it was.

“I can tell you as a vet I am supposed to be the guy that tries to keep it calm, but right now I’m pretty ticked off. I’m being completely honest,” said offensive lineman Glenn January. “We’ve got an excellent opportunity ahead of us with a lot of talent. You guys are going to point to injuries, or — there’s a wide range of excuses and at the end of the day we’ve got to make plays. We’ve got to win games.”

Winnipeg is indeed ailing from a bad case of the injury bug with several starters out of the lineup including receivers Cory Watson, Chris Matthews, and Terrence Edwards, defensive tackles Bryant Turner and J.T. Gilmore, and linebackers Terrell Parker and Desia Dunn.

But the Blue Bombers refuse to rely on excuses at this point and are hanging the current situation on their own shoulders.

“We are going to come in on day one and we are going to meet as a team, without the coaches, and we’re going to go from there,” said veteran defensive back Jovon Johnson. “Our destiny comes from the guys in our locker room, so as long as we keep this team together, keep the unity, I think we’ll be fine. We’ve just got to come out and play better.”

“Of course (meeting as a team without coaches) is not usual,” added Johnson. “But different situations call for different things and guys want to get some things off their chest.”

Things don’t get any easier for the Blue and Gold as they face West Division stalwarts Calgary and British Columbia in the coming weeks.