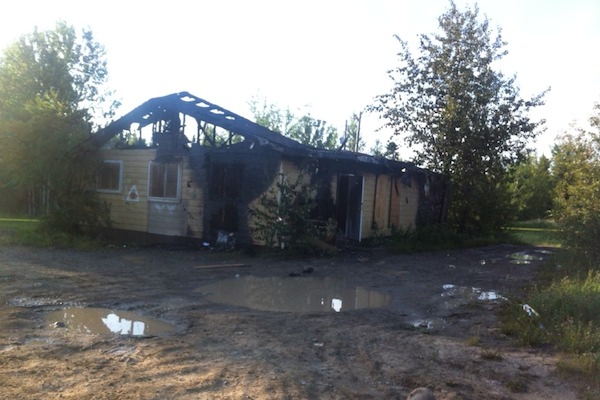 Arson is believed to be the cause behind a fire that destroyed the RCMP community office in St. Theresa Point early Sunday morning.

Police say the blaze began shortly after 4 a.m. and also destroyed a building next to it used as storage by the first nation.

No one was inside the building at the time, but it’s considered a total loss, including the contents.

The fire remains under investigation, but is being considered arson. Damage estimates are not available.

UPDATE: Tuesday, July 23 — Two 14-year-old boys from St. Theresa Point have been charged with one count of break and enter with intent and one count of arson. They remain in custody pending a court appearance in Winnipeg on July 25. Damage to RCMP assets is estimated at $20,000. A damage estimate to the building isn’t available.