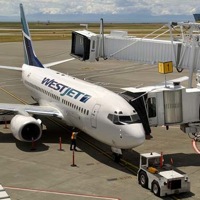 Passengers will be able to fly from Winnipeg to Regina and Winnipeg to Saskatoon twice daily during the week and once daily on Saturday and Sunday.

“Our newest schedule reflects the popularity of many domestic and international destinations and the demand for more frequency,” said Chris Avery of WestJet. “With the continued expansion and growth of WestJet Encore, we have been able to increase our domestic frequency on existing routes while adding more flights to our most popular trans-border and international destinations.