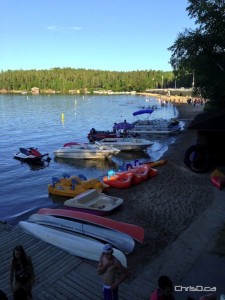 The Wilderness Committee is renewing their call for the park to be designated protection status, particularly the area around Meditation Lake.

“Easily the biggest improvement in Whiteshell Provincial Park history was the ban on industrial logging that finally occurred in 2009,” said Eric Reder, campaigndirector for the Wilderness Committee. “Nearly half of Whiteshell — 47% — is still at risk from mining and mineral exploration activity. Manitoba provincial parks need to be “improved” so that they are protected areas, like parks across Canada.”

The government’s upgrades are mainly focused on improving infrastructure in the park, such as parking and streetscaping renewal in West Hawk Lake.

The committee says improved public infrastructure in parks is needed, but long-term protection of this park is more important, such as banning industrial activity in all provincial parks.