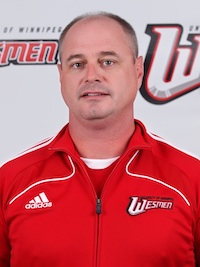 University of Winnipeg Wesmen wrestling coach Adrian Bruce has been named as a coach for the Canadian National Cadet FILA (U18).

The coaches will be overseeing the team competing at the Pan American Wrestling Championships in Medelin, Columbia from August 9-11.

“To be selected for such a role within our National Team Coaching Program is a privilege,” Bruce said in a release. “I am looking forward to working with the other national team coaches and athletes in achieving our goals for this event.”

Canada will be sending both a men’s and women’s freestyle team to the event.