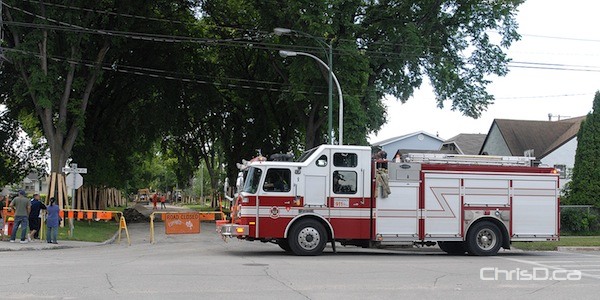 The 1000 block of Dominion Street is cordoned off after a gas line was ruptured on Tuesday, July 23, 2013. (STAN MILOSEVIC / CHRISD.CA) 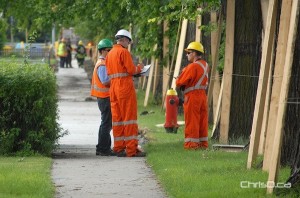 About 50 homes were evacuated in the city’s West End Tuesday after a gas line was ruptured.

Winnipeg police blocked off the area around the 1000 block of Dominion Street shortly after noon, affecting about 30 people who were asked to leave their homes.

Construction crews working on Dominion are believed to have ruptured the line with heavy machinery.

The closure prompted police to ask the public to avoid the area until around 1:30 p.m.