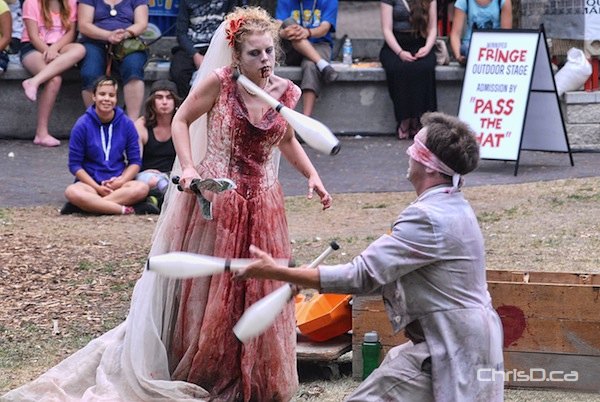 Attendance to this year’s Winnipeg Fringe Theatre Festival is off to a healthy start, smashing a single-day ticket record this past Saturday.

Organizers say a total of 10,205 tickets were sold on July 20, and attendance for the first five days of the festival was 39,295, including 59 sellouts by the end of the day on Sunday.

“We’re keeping pace with our numbers from last year’s 25th anniversary festival,” said executive director Chuck McEwen. “Last year was the biggest Fringe yet, so we’re happy to maintain a momentum this year. Old Market Square has been consistently full of people, and our new free Fringe Flyer shuttle bus has averaged around 300 people per night. It’s great to see people getting out there and experiencing live theatre.”

The Fringe Festival runs until July 28.