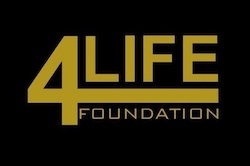 A generous donor has provided inner-city youth with the chance to take in a Winnipeg Blue Bombers game.

Through a partnership with the 4Life Foundation, Winnipeg police have been working the past five months to reward the participation of youth in an after school drop-in program. Cadets and police members have been mentoring the youth at Dufferin School.

On Thursday, police said an anonymous donor has come forward with 20 Blue Bomber season tickets, where police, cadets and teachers will attend the games with the kids.

Pine Creek Reserve — where many of the children come from before transitioning into city schools — has also joined the partnership between police and 4Life.