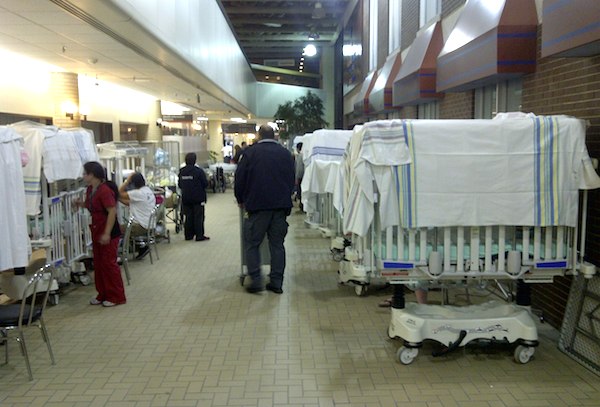 Patients at the Children’s Hospital are wheeled into a hallway after a fire forced the evacuation of part of the building on Tuesday, March 5, 2013. (WRHA / HANDOUT)

Winnipeg police have made an arrest in a fire that was set at the Children’s Hospital on March 5.

The $1 million fire was contained mostly to an open construction area, but smoke forced the evacuation of much of the facility, leaving patients in the hallway and some outside while firefighters extinguished the blaze.

No one was injured in the fire.