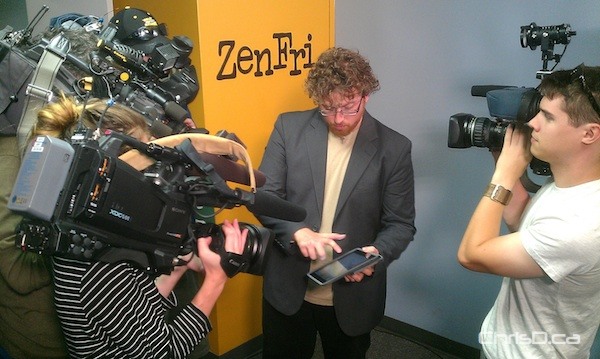 Winnipeg-based ZenFri Inc. has received $710,000 from the Canada Media Fund to produce an augmented reality game.

Clandestine: Anomaly is a sci-fi adventure game that uses leading-edge, augmented reality technology to enable players to interact with game content in the real world, using their mobile device.

“This is another example of the tremendous advances we’re seeing in Manitoba’s technology and creative media industries, and we congratulate ZenFri Inc. on their achievement,” Innovation, Energy and Mines Minister Dave Chomiak said on Monday.

The project’s team include 45 people from across Canada, with many of the leads being local firms and individuals.

ZenFri previously received $250,100 from the CMF for development of the Clandestine: Anomaly prototype.