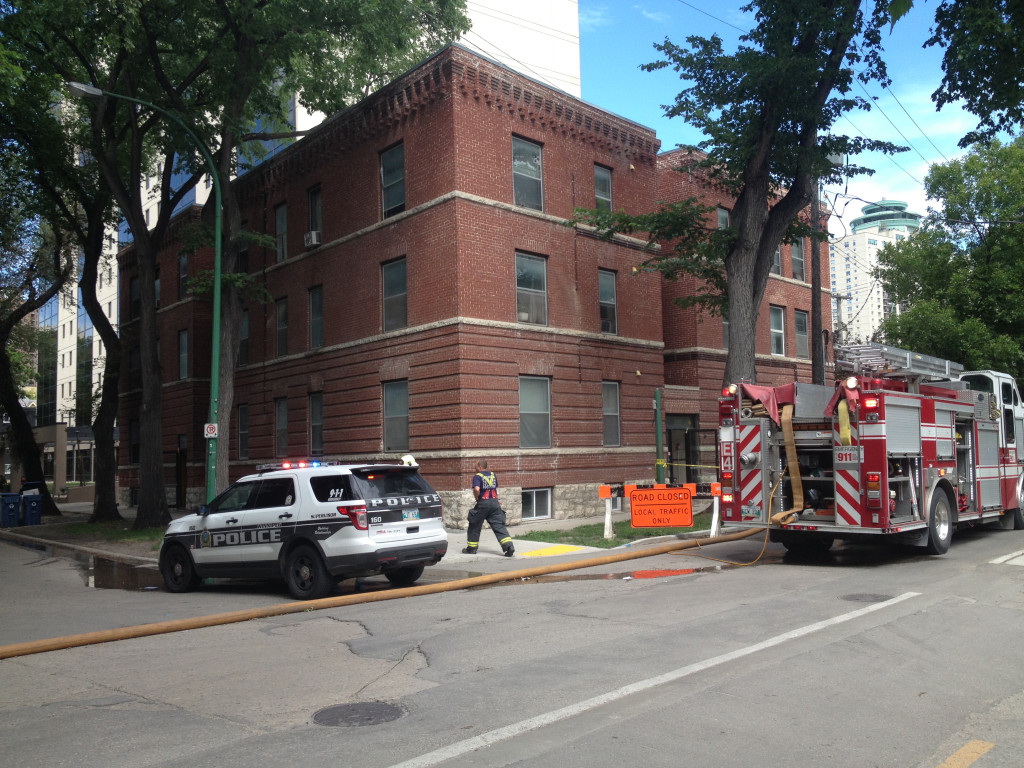 Emergency personnel at the scene of a building on Assiniboine Avenue on Tuesday, August 6, 2013. (METRO WINNIPEG/SHANE GIBSON)

A Winnipeg man is in custody after police said he tried to set his apartment suite on fire.

Winnipeg emergency personnel evacuated a building in the 300 block of Assiniboine Avenue at about 11 a.m. on Tuesday after there were complaints of a strong smell of gas coming from the building.

Inside, they located a suite that was filled with combustible materials, they said. A suspect was identified and a man was arrested a few hours later.