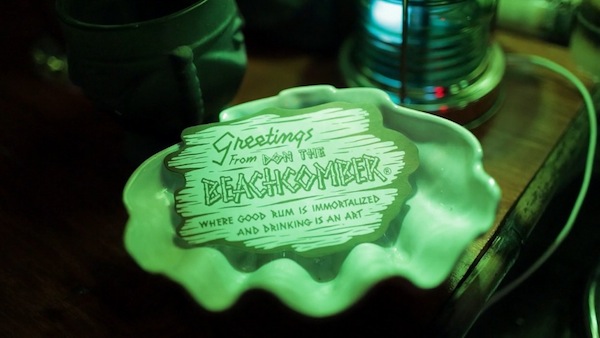 A screenshot from ‘Mai-tais, Toques and Tikis.’ (VIMEO)

A Winnipeg filmmaker is set to premiere his latest work this Sunday based on tiki collectors and the city’s old Beachcomber Restaurant.

Steve Ward’s “Mai-tais, Toques and Tikis” looks at the former Carlton Street landmark that attracted tiki collectors from every walk of life.

“As an avid tiki collector, I always wondered if there were others like myself in Winnipeg and what their collections might be like,” Ward said. “So I began to seek out the tikiphiles. When I found a few I was amazed by their knowledge and dedication.”

Ward hunts the hardcore hula-loving subculture he suspects is thriving in Winnipeg rec rooms, fuelled by the whimsy and magical atmosphere of places like the Beachcomber that flourished from the 1960s to the early 1990s.

From the former Beachcomber location to the home-bound shrines of collectors, Ward takes viewers on a tiki treasure hunt that reveals a place where atmosphere and imagination collide to create memories that last a lifetime.

The film will premiere Sunday night at the Park Theatre (8 p.m., free admission), and will then be available on demand for free on MTS Stories from Home.