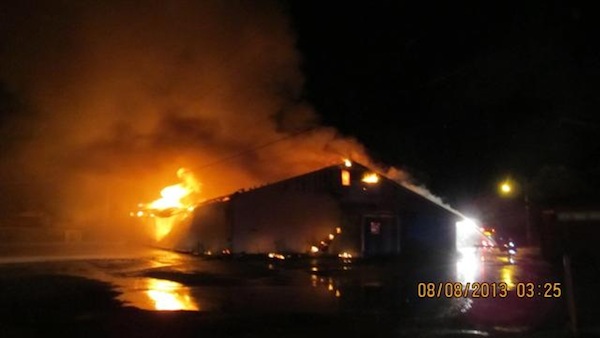 RCMP say the blaze broke out at the First Street business at around 3 a.m. When crews arrived on scene, the building was completely engulfed in flames.

Damage estimates aren’t currently available, but the structure is said to be a total loss. No one was inside at the time and there were no reported injuries.