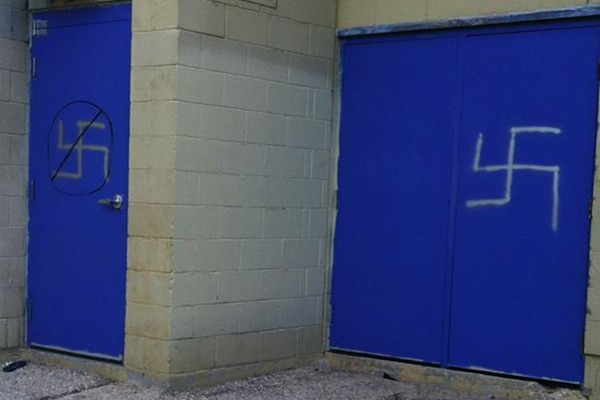 Nazi symbolism has been popping up around the St. Boniface area, prompting a local Jewish organization to work with Winnipeg police and the city to have it quickly removed.

B’nai Brith Canada says swastika graffiti has been plastered around the neighbourhood recently, promoting hatred in the community.

“Hatred and intolerance have reared their ugly heads once again,” said Frank Dimant, CEO of B’nai Brith Canada. “Defacing public property with Nazi symbols is more than just hurtful to the Jewish community, it is an affront to the millions of people, Jewish and not, who suffered under the Nazi regime as well as Canadians who lost their lives to defeat it.”