Home » News » Doer Back in Winnipeg to Visit Youth Program

Doer Back in Winnipeg to Visit Youth Program 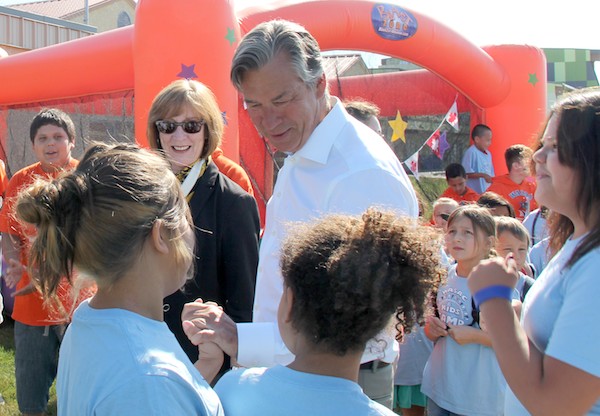 The program, housed at the Old Exhibition Grounds on Sinclair Street, receives about $600,000 annually from the province.

Doer and his wife received homemade dream catchers and were treated to a performance of the Red River jib, which was tweaked for a more Washington-style to mark the occasion.

Each summer, more than 1,500 youth enrol in the program, which aims to develop leadership and mentorship skills of aboriginal youth through sports and recreation programs.