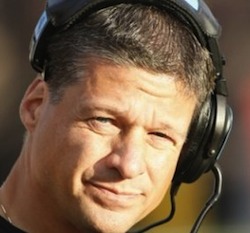 Bellefeuille returns to the CFL where he spent three seasons as the Hamilton Tiger-Cats’ head coach from 2009-2011.

“Marcel is a very experienced coach who has had lots of success on the offensive side of the ball as a position coach, a coordinator and a head coach,” said Bombers head coach Tim Burke.

Bellefeuille won a Vanier Cup as head coach of the Ottawa Gee-Gee’s in 2000 before joining the CFL. He spent last season with the United Football League’s Omaha Nighthawks as their receivers coach following coaching stints with the Saskatchewan Roughriders and Montreal Alouettes.

The Blue Bombers also announced the addition of import defensive back Joe Sampson and import linebacker Daniel Sheffield to their practice roster.