Man in Critical Condition After Vehicle Plows into Building 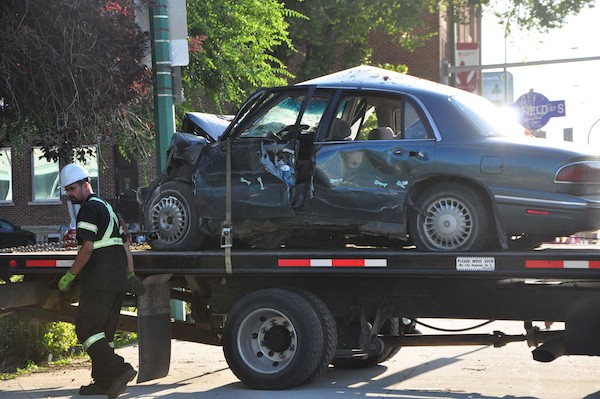 A vehicle sits on a flatbed truck following a crash into a building at Portage Avenue and Garfield Street early Wednesday, August 14, 2013. (ELISHA DACEY / METRO WINNIPEG)

One man was sent to hospital in critical condition Wednesday morning after a crash at Portage Avenue and Garfield Street.

The four-door Buick was travelling at a high rate of speed when it drove into the Addictions Foundation of Manitoba building at around 1 a.m.

Traffic on westbound Portage was re-routed via Sherburn Street until shortly after 8 a.m.

No word on what caused the crash and police are continuing their investigation.