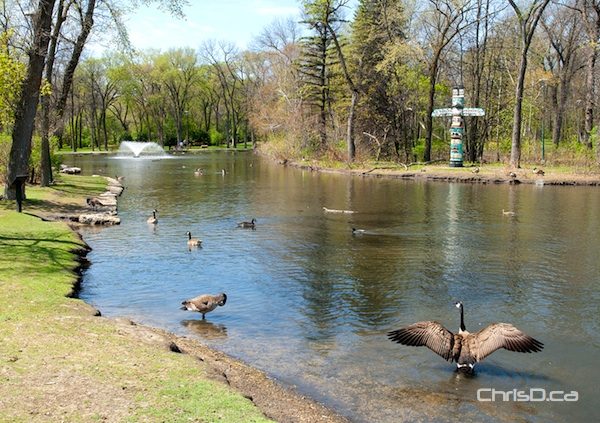 The duck pond shelter in St. Vital Park is being demolished to make way for a new pavilion.

Last spring, the city held an open house to get public feedback on a revamped design for the Duck Pond Pavilion. The ‘Wing’ concept was chosen, and features a dynamic roof form, suggestive of a bird’s wing in flight which provides two distinct covered picnic zones, each with a unique view of the pond. The interior space contains built-in seating flanked by a fireplace and washroom area.

Construction on the new shelter will begin later this year as part of the $1 million project.

Other upcoming projects at St. Vital Park include replacing the summer washroom facility and the park’s boat launch, which will include riverbank stabilization, an improved dock and better lighting.