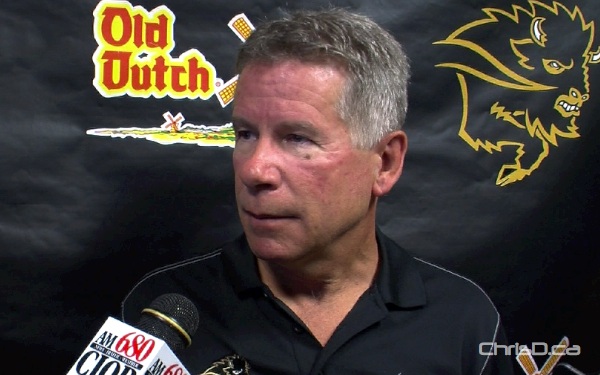 WINNIPEG — The Manitoba Bisons are looking to usher in a new era of football on Friday when they open up training camp for the 2013 regular season.

The Herd will take to the U of M’s east field for practice before stepping into the new Investors Group Field on Saturday as the team begins a two-week camp before their first game of the season hosting Alberta on August 30.

Head coach Brian Dobie said Wednesday that confidence will play a huge part in this upcoming season, having his players to become more confident on the field to compete at a greater level.

“I think we were shocked and I think we lost a lot of the confidence that we had gained throughout the (last) season. Our veterans are the ones that need to take that bull by the horns and step up.”

The two-a-day session will run from August 17-21 before the Bisons depart for their pre-season game on the road at Regina on August 23.