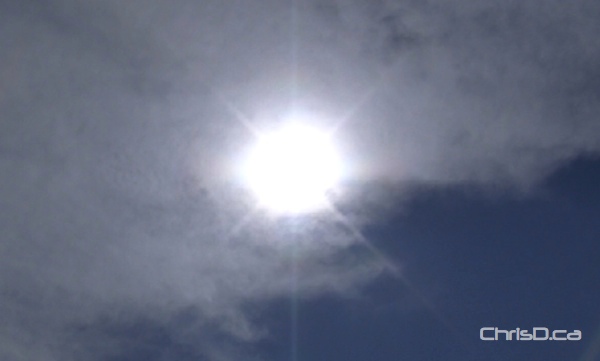 Southern Manitoba is in store for toasty temperatures all weekend. (CHRISD.CA FILE)

As the mercury rises this weekend across much of southern Manitoba, the province has issued a heat advisory.

Humidex values between 37 to 39 are expected within the Red River Valley, including in Winnipeg. The area around Melita could reach levels of 40 on Saturday. These high temperatures and humidity are forecast to remain across much of southern Manitoba into early next week.

Officials said the effects of heat can be reduced by:

The province is reminding the public to check on family members, neighbours and friends when it gets hot, especially older adults and people with chronic conditions. They also advised to not leave people or pets alone in closed, parked vehicles or in direct sunlight.