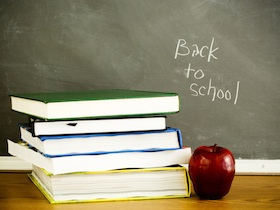 A new survey that polled Canadian parents in the midst of back-to-school shopping found that while the majority of kids want to return to class with the latest tech gadgets, it’s often difficult to convince the adults making the purchases.

The Canadian coupon website RetailMeNot.ca found only seven percent of parents plan on spending most of their school shopping budget on technology. Sixty percent of parents said they will spend the most on clothing and footwear next to school supplies.

The survey also looked at whether sons or daughters hit their parents’ pocketbook the hardest during the pre-fall shopping ritual. Thirty-two percent of Manitoba parents said daughters are most expensive to shop for, and are also better positioned than boys to influence shopping decisions.

Forty-seven percent of Manitoba respondents also said they expect to spend under $250 on their daughters, with 73% percent saying they will spend the same amount on boys.

The website polled 500 Angus Reid Forum panelists between July 29-31 who resided in Canada with children under 18 years of age and attending school in September.