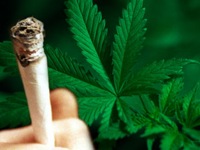 Canada’s police chiefs want possession of small quantities of marijuana to be a ticketable offence instead of seeing charges laid.

The idea was raised Tuesday during the 108th Annual Conference of the Canadian Association of Chiefs of Police (CACP) in Winnipeg.

“The current process of sending all simple possession of cannabis cases under the Controlled Drug and Substances Act (CDSA) to criminal court is placing a significant burden on the entire justice system from an economic and resource utilization perspective,” said CACP president and Vancouver Police Department Chief Constable Jim Chu.

The CACP said it is not in support of decriminalization or legalization of cannabis in Canada. However, when police come across simple possession of marijuana they only have two options — 1) turn a blind eye or 2) lay charges.

The CACP is proposing the addition of a CDSA ticket option through the Federal Contraventions Act for simple possession of cannabis and sees several primary benefits: