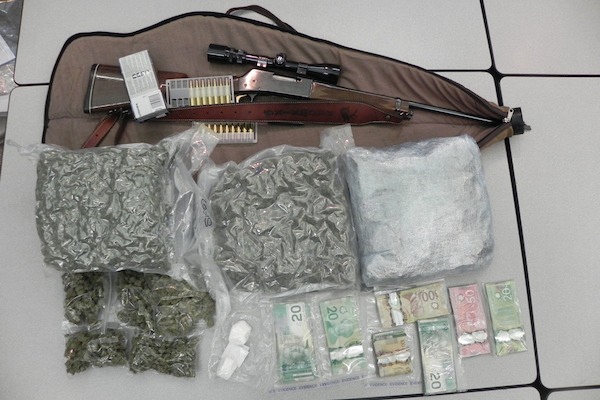 RCMP have laid charges against a 52-year-old man from The Pas after a weapons and drug seizure in the community.

Police executed a search warrant at a residence on August 16, where they found approximately two ounces of cocaine, five pounds of marijuana, more than $6,000 in cash and a firearm.

The suspect was later released from custody pending a court appearance in The Pas on October 7.

Anyone with information on drugs or drug trafficking is encouraged to contact The Pas RCMP detachment at (204) 627-6200.