Home » News » U of M Honours Innovators with Memorial Walkway

U of M Honours Innovators with Memorial Walkway 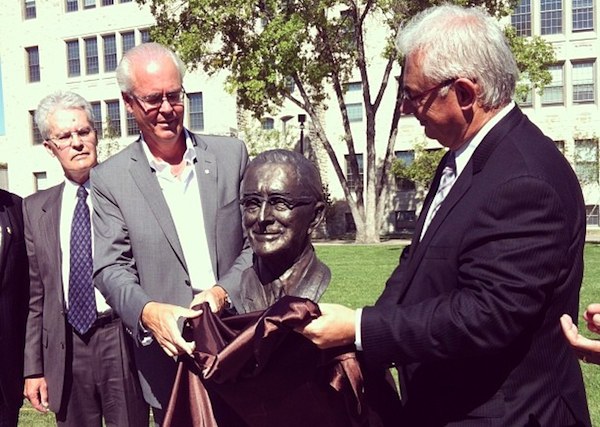 The University of Manitoba honoured its most distinguished researchers and innovators on Thursday with the opening of a new walkway.

Innovation Plaza is located on the south lawn of the Buller Building at Auld Place on the Fort Garry Campus. It features a series of commemorative busts that acknowledge and celebrate individuals who have greatly enriched society and contributed significantly to the social, cultural or economic well-being of Canada and/or the world, the university said in a release.

U of M president David Barnard joined other dignitaries to unveil the inaugural bust, recognizing Dr. Baldur Stefansson as the first inductee.

Stefansson was inducted to the Canadian Agricultural Hall of Fame as an internationally recognized plant breeder. He was made an officer of the Order of Canada and received the Order of Manitoba. In 1997, he received an honorary doctorate from the University of Manitoba.

Additional busts honouring innovators will be added in the coming years.