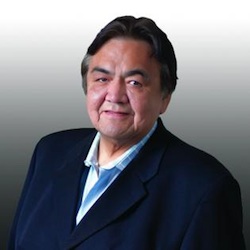 Manitoba’s deputy premier is under fire for racial comments after an e-mail surfaced where he referred to “do-good white people.”

Eric Robinson, who is also the province’s minister of aboriginal and northern affairs, is now the subject of a Human Rights Commission complaint after a November 22, 2012 e-mail was obtained surrounding a fundraising event for Osborne House.

“Robinson thinks it is okay to attack women and, in fact, all white people who do not tow his line as “ignorant do gooders” and defends it by saying that the Premier knows about his email and that he will not apologize or resign,” Barbara Judt, CEO of Osborne said on Friday after filing the complaint. “If that is true, it appears the Premier has a double standard about taking action when it comes to men being insulted and demeaned by members of his caucus as opposed to when women and “white people” are the targets of the hate of his most senior MLA.” 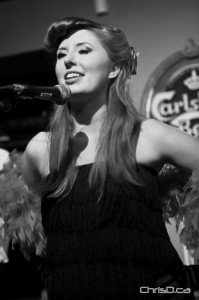 The women’s shelter benefited from a fundraiser held last year put on by The Foxy Shoppe, a local clothing store. The evening included a performance by local “burlesque” dancer, Miss La Muse.

Nahanni Fontaine, a local advisor on aboriginal women’s issues, e-mailed Robinson expressing concern that the event would taint the image of Osborne House and its CEO.

“This is SO bad and looks SO bad and is simply a bad idea on the part of the Osborne House ED [executive director],” Fontaine wrote in the e-mail, obtained by APTN. “Like what was she thinking? Did the [Osborne House] board approve this ‘fundraiser’”?

Robinson replied, “I know nothing of this matter and haven’t seen today’s freep [Winnipeg Free Press] but I will now.” The remaining two lines of the email are then blacked out, but were still legible.

“On the surface it is not a very good idea and moreover further exploits an already vulnerable group in society. It also further demonstrates the ignorance of do good white people without giving it a second thought,” Robinson wrote.

“Osborne House has felt the wrath of intimidation from senior level bureaucrats this past fiscal year,” Judt continued. “We asked legitimate business related questions including why the Family Violence Prevention Program is demanding our volunteer Board commit to taking on substantial personal debt instead of properly funding our operations and in return from government, we are the recipients of retaliation and bullying.

“I have exercised my right to file FIPPA applications to get to the bottom of this behaviour. Information contained within the documents clearly shows an orchestrated effort is underway to undermine the current CEO and Board based on a racial bias.”

Earlier this month, St. Norbert NDP MLA Dave Gaudreau was demoted when he said in the Manitoba legislature that he saw Schuler with a “male friend” at Folklorama. Gaudreau later apologized.

“I am calling on Premier Selinger to step forward and rebuke Robinson and make clear to him that insulting all the thousands of women in Manitoba who are supporting and fundraising for Osborne House as being “ignorant do gooders” is, at the very least, as unacceptable as what was said by Mr. Gaudreau.”