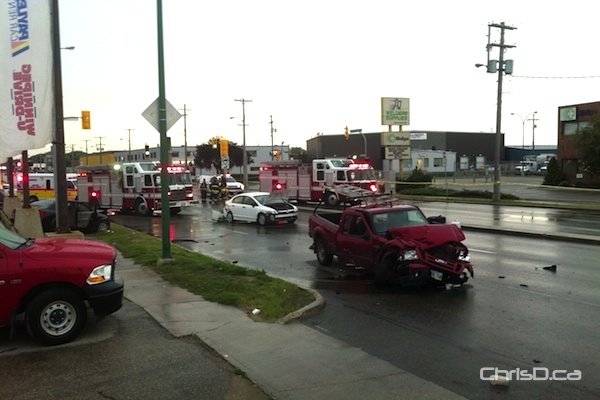 A seven-vehicle crash on McPhillips Street Saturday proved fatal for a 71-year-old woman.

Winnipeg police have laid impaired driving charges against a man after a Ford Ranger travelling northbound caused the multi-vehicle collision in the area of McPhillips Street and William Avenue shortly after 5 p.m.

Police say the Ranger was in the curb lane travelling at a high rate of speed when it struck a Honda Ridgeline that had been making an eastbound turn onto William Avenue from southbound McPhillips. The Ranger then struck a Chevrolet Cobalt being driven by the 71-year-old woman after which the Ranger struck a Honda Civic.

The driver of the Cobalt later succumbed to her injuries in hospital.

Adam Quinn Langan, 29, of Winnipeg was arrested at the scene and faces numerous impaired driving-related charges, including refusing a breathalyzer sample. He remains in custody.