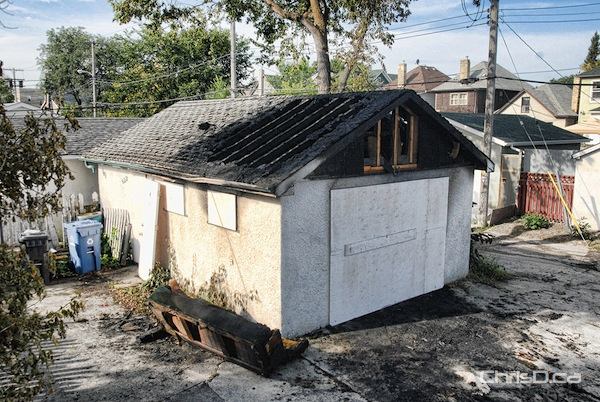 A garage in the 400 block of Arlington Street is one of two fires being investigated as a suspected arson, Monday, August 26, 2013. (STAN MILOSEVIC / CHRISD.CA)

The first blaze began in the 100 block of Arthur Wright Crescent at around midnight. The fire also caused damage to a fence and a neighbouring garage.

Firefighters were then called to the 400 block of Arlington Street at around 3:40 a.m. The garage fire was contained to its structure and caused $25,000 in damage.

Last week, firefighters responded to four fires within an hour of each other in the city’s North End.