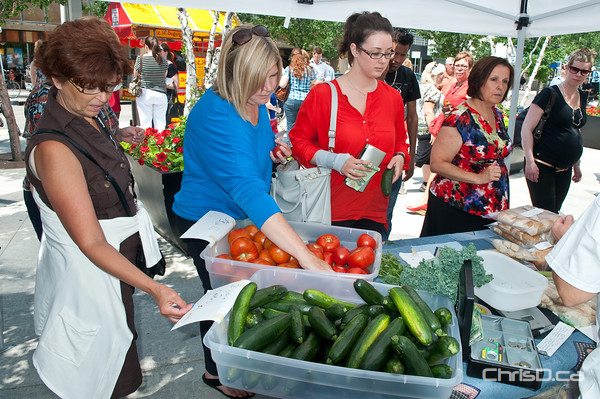 The Downtown Winnipeg BIZ has extended its popular farmers’ market until September 26.

The market was scheduled to end in early September, but will keep running every Thursday from 11:30 a.m. to 5:30 p.m. in the plaza of Manitoba Hydro by Edmonton Street and Graham Avenue.

“The real beneficiary of this event has been our downtown,” said Stefano Grande, executive director of the Downtown BIZ. “People hustling and bustling on downtown sidewalks is a sign of energy and vibrancy. It says our downtown is alive, and that if you provide people reasons to venture out — they will.”

The BIZ says it will be coming up with other creative events in the coming months to draw people to the city’s core.