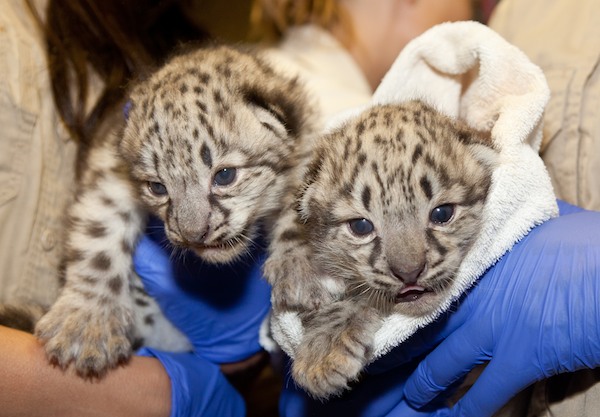 A pair of male snow leopard cubs born June 29 at Assiniboine Park Zoo have been named Kovo and Raj. (HANDOUT)

After asking the public to name its two very cute snow leopard cubs, the Assiniboine Park Zoo has revealed their names.

Kovo and Raj received the most votes — 780 in total — after the pair were shown off to the public for the first time on Tuesday.

“It’s wonderful to see that the community is as excited about the cubs as we are,” said Gary Lunsford, general curator and acting director of zoological operations. “I can’t think of a better way to name them than with the help of our friends and visitors.”

Kovo is an Indian name meaning strong, and Raj means royalty or kingdom in many Sanskrit and Hindu languages.

If you want to get a closer look at the pair, the Assiniboine Park Zoo is open daily and all Labour Day weekend from 9 a.m. to 6 p.m.