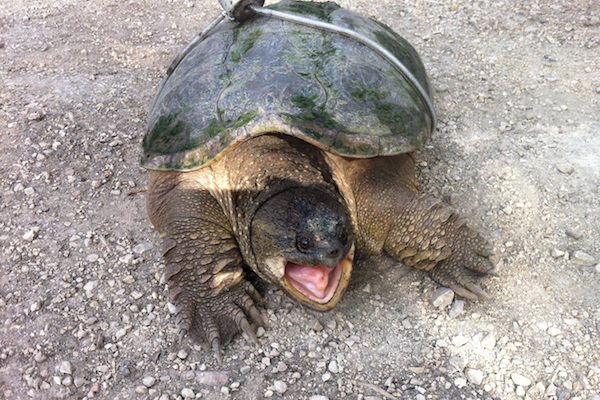 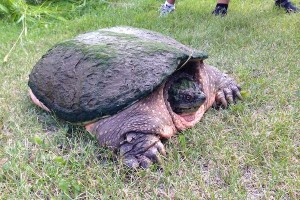 A large snapping turtle was also spotted in King’s Park on Tuesday. (FACEBOOK)

A wild snapping turtle had Animal Services officers in recovery mode Friday in the Elmwood area.

The male turtle was found about 20 feet from Henderson Highway near the intersection of Harbison Avenue.

City of Winnipeg spokesperson Alissa Clark says the creature was estimated to be over 30-years-old and was released back into the river system. Clark said the species is quite common in Manitoba and is known to roam around the river banks.

Earlier this week, another snapping turtle was discovered by a city worker in King’s Park before it made its not-so-quick getaway back to the river. It wasn’t captured, and likely retreated to Splinter’s lair.

On Wednesday, a roughly one-year-old American alligator was seized from a St. Vital home after being harboured as a pet.