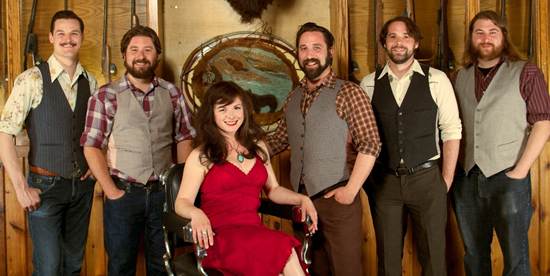 Little Miss Higgins and the Winnipeg 5, aka the F-Holes. (HANDOUT)

Alberta country and blues recording artist Little Miss Higgins will team up with the country clan the Winnipeg 5 for a show at the West End Cultural Centre on Friday, November 15.

Higgins (real name Jolene) has built a strong national reputation throughout Canada, appearing in clubs and on festival stages from B.C. to Newfoundland mostly as a duo with guitar player Foy Taylor. Now with the Winnipeg Five she continues to please and expand her fan base across Canada, as well as internationally.

Tickets for the show are available for $20 at the door or $15 in advance through the WECC, Ticketmaster, Winnipeg Folk Festival Music Store and Music Trader.