Home » News » Police Board to Consider Body-Worn Cameras for Officers

Police Board to Consider Body-Worn Cameras for Officers 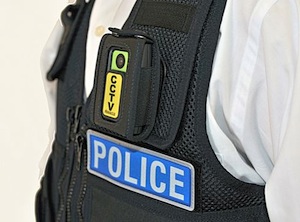 One of several styles of police body-worn cameras available on the market. (PINNACLERESPONSE.COM)

The Winnipeg Police Board is considering whether officers should have body-worn cameras on their uniforms.

The motion, put forward by St.James-Brooklands Councillor Scott Fielding, will be discussed today.

“Body-worn video cameras are an innovative way of making policing more effective and accountable, ultimately making communities safer,” said Fielding, who is the chair of the board.

Several North American cities already have the body-worn cameras in place for their police officers, including in Edmonton and Calgary.

“Body-worn cameras provide a measure of protection for police against false allegations of misconduct, while ensuring accountability for citizens. The success of this technology in other cities means it’s worth looking into for Winnipeg.”

Complaints against police officers dropped 88% in Rialto, California just one year after the cameras were implemented, according to data released by Fielding’s office.

The small cameras cost about $1,200 a piece and also record audio. The Winnipeg Police Service will research the idea and report back to the board at a later date with their findings.