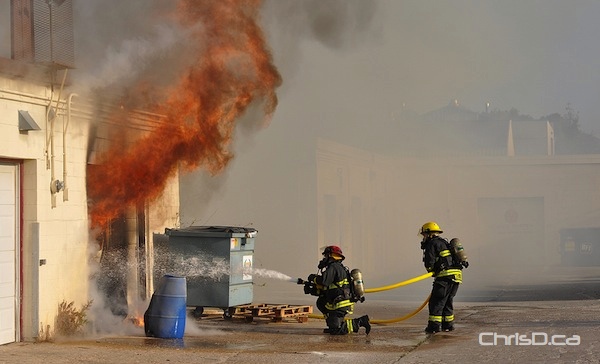 Winnipeg firefighters fought to contain a blaze on Friday in an industrial area of St. James.

The fire broke out at around 8:30 a.m. in the rear of Metal-Etch Graphics at 1143 Sanford Street.

Smoke billowed out from the single-storey complex and could be seen from downtown.

Employees of the business were on scene at the time. One worker sustained injuries and was treated before being transported to hospital.

The cause of the fire is under investigation. No damage estimate is available.

← Previous: Police Board to Consider Body-Worn Cameras for Officers Next: Mike Holmes to Build Townhomes in Fort Rouge →
Tags: Fire