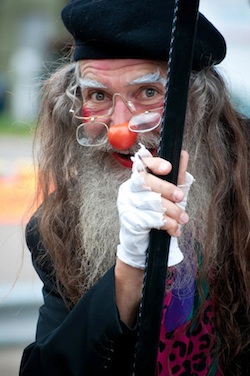 Sherbrook Street will transform into a drive-in movie theatre on Saturday when cyclists descend on the area.

The ninth annual Sherbrook Street Festival will be between Wolseley and Westminster Avenues from noon to 11 p.m.

“We’re calling it a bike drive-in,” said SSF organizer Michelle Slota of the movie “E.T. The Extra-Terrestrial,” which will be projected onto a wall at the Charisma strip mall at dusk. “People aren’t going to sit on their bikes for two hours, we realize, but we like the idea of people rolling up on their bikes to watch a movie.”

Besides the flick, there will be a main stage with performances by The F-Holes, Sebastian Owl, The Osmond-Davis Band, Smokebox, and Miss Rae and the Midnight Ramblers.

Seanster and the Monsters will perform for children at 3 p.m. on the family stage, and a bike parade at 4:30 p.m. will be led by Winnipeg’s Flaming Trollies marching band.

The festival will also see 25 artisan vendors, outdoor beer gardens, face painting for the kids and other activities.